TBSes and things about them

TBSes and things about them

Hiyo all,
There isn't much on here yet about TBSing and the like, so I thought I would start one. As many of you know, TBS means Turn Based Strategy. Some of my favorite games are TBS style; including Final Fantasy Tactics. TBS in AO is a great way to earn money and gain easy xp.

Lets consider this topic a place where we can chat about TBSes and discuss strategies. I'll start it off light and update as time goes on. Well here goes nothing;

First off a good website for TBSes in general is Here

Now I know your saying that this person is crazy high lvl with OP gear, and I noticed that too, BUT what you should take away from this are the tactics that are being used. Some of them are very useful.

1) Don't do any TBS more than 2 times unless u have to/no choice.
There are plenty of TBSes out now and there is no reason to waste points.

2) It is better to duo than do a solo TBS more than twice.
TBS point costs increase by 5 per run. First run will be 10 points, second will be 15, so on and so-forth. Don't SPAM a TBS, find someone to do harder TBSes with so your point costs are minimal.

3) Melee have a VERY SPECIFIC USE.
Don't bring along all melee. They are useful for two things: tanking and their skills. NOT for attacking. Guarding to reduce damage by 50% WILL SAVE YOUR LIFE.

4) Lure with Melee.
If you shoot a mob with a range merc, that mob will chase down your range merc and kill it. Let the mobs AOE a guarded melee merc first, then finish them off with heavy hitters.

5) Multi-hit & High Damage
In higher level TBSes, there are MASSES of mobs, usually more than enough to overwhelm your forces. Killing 1-2 mobs won't help you very much. You'll want to bring Gun, Cannon, or mass AOE (lower lvl TBSes) mercs because not only do they do high damage, but they can hit multiple mobs at one time.

6) ALWAYS check out maps of the TBS before you do them.
This will help you understand where the traps and ambushes are. This can make or break your run. Having 2/3 mercs caught in a net trap will probably kill you.

7) ALWAYS have MONEY & Potions
Upgrades will make the TBS twice as easy or twice as hard if you don't use them. Potions are a MUST, save your oracle for Seth. I recommend miracle potions which are about 600k each but worth every penny. I use them all the time.

Scrolls
Use attack scrolls to remove enemy traps. You'll have to be within a few squares to hit them (5 or so) but this is better than running over them. Resurrection scrolls are your friend and save your Seth CD from being used up.

9) Buffs
Always upgrade in a mission at your home base. You can upgrade to level 5 maximum within a TBS, but you can also buff up with titles and feasts before you enter. Also, don't forget Blessing potion/license. This can mean the difference between taking 2k a hit and 200 a hit (Yes I've tested it).

That's about it for now guys, I hope this helps out. I know that learning this the hard way really sucked for me. But with TBSes I'm earning quite a bit of cash per week. Always feel free to find me in-game for more help.

recommended to use atk scrolls scrolls to remove net and flame traps! 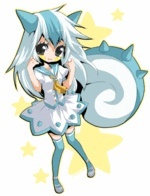 Ya, that's a good one I forgot. Adding it now.

Thanks for the reminder Meth, I went ahead and added that into the tips.